ATTENTION: This page is constantly being updated

Get Your Affiliate Link
Get Promotion Docs

The Fortune is in the follow-up

This Course will show you: 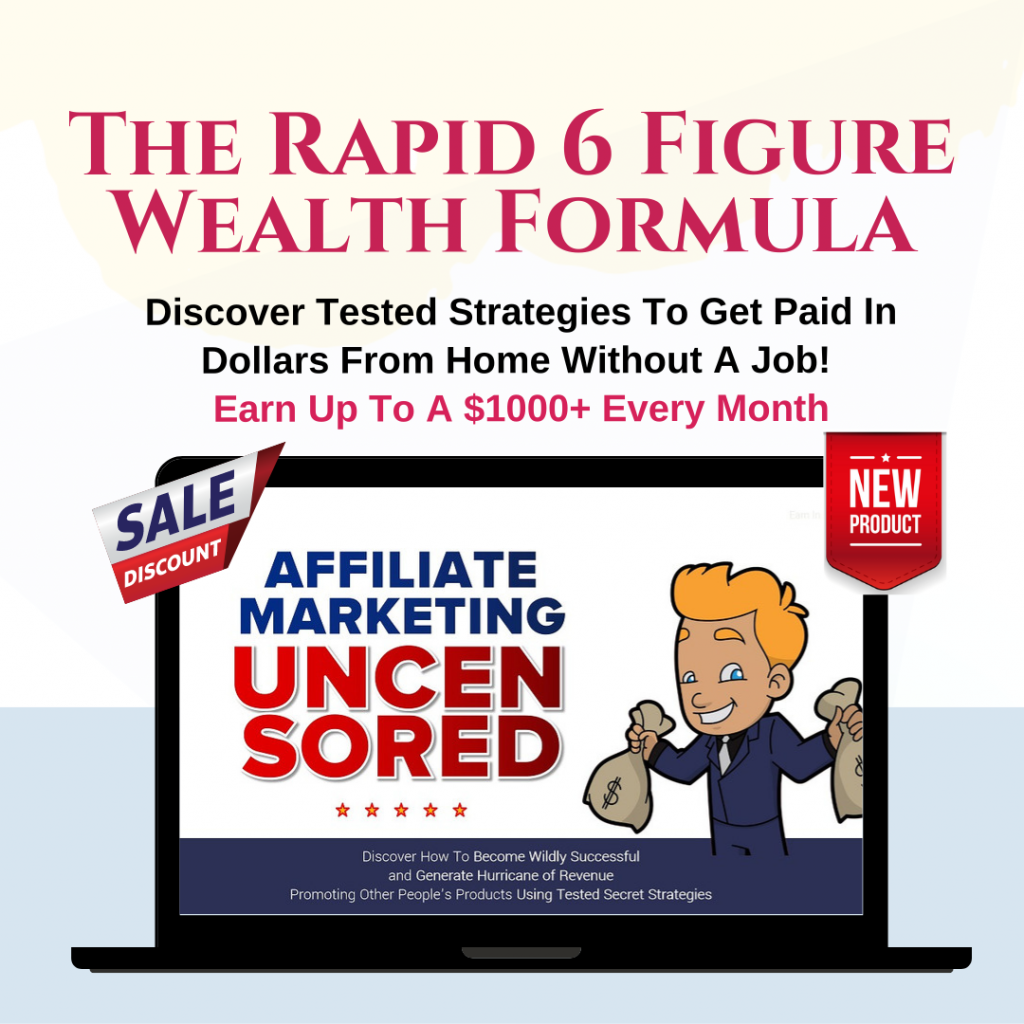 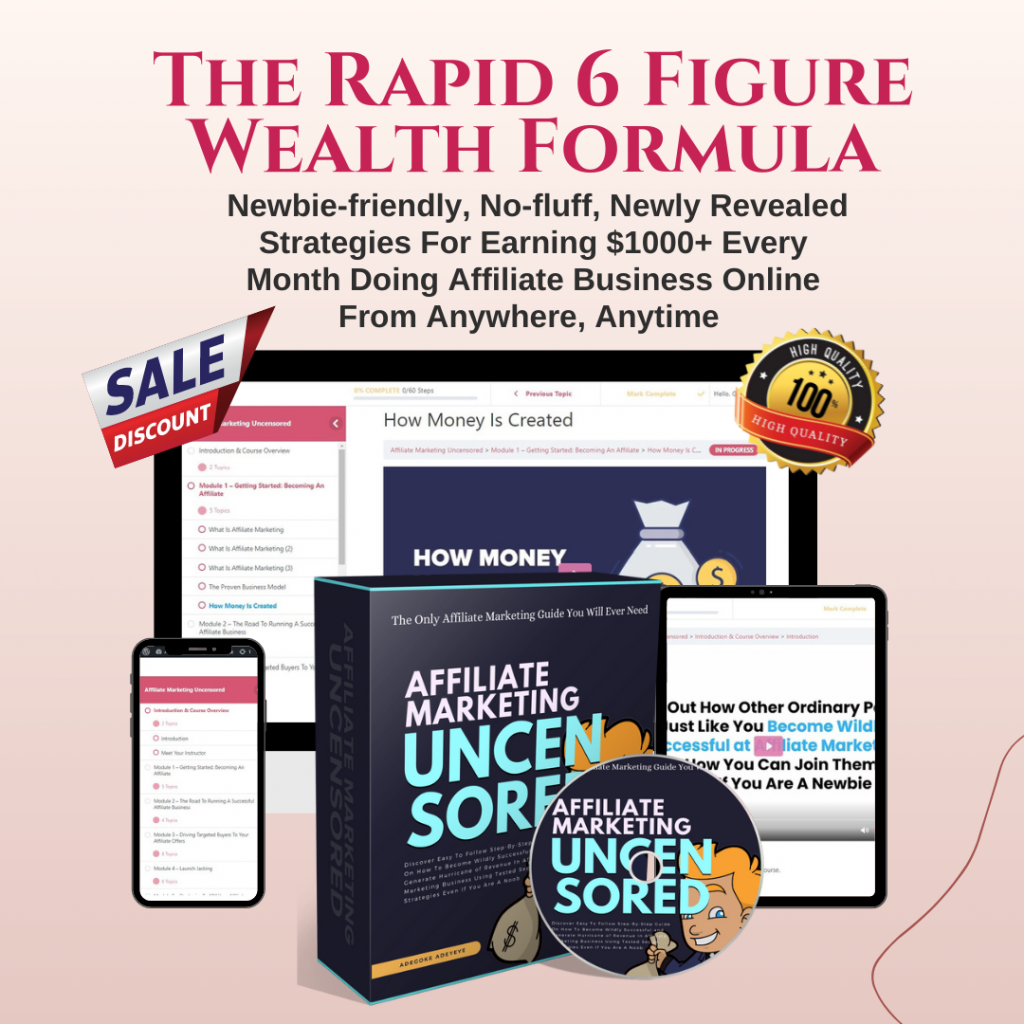 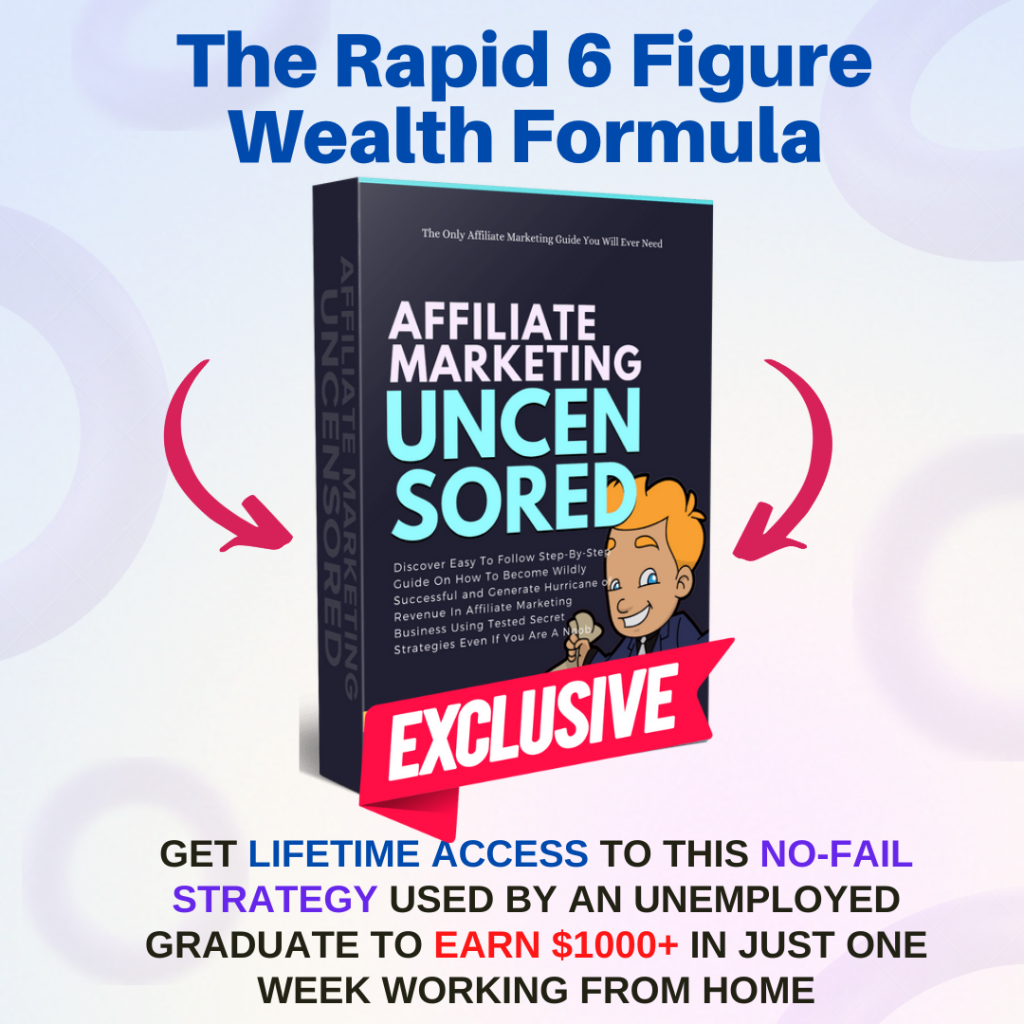 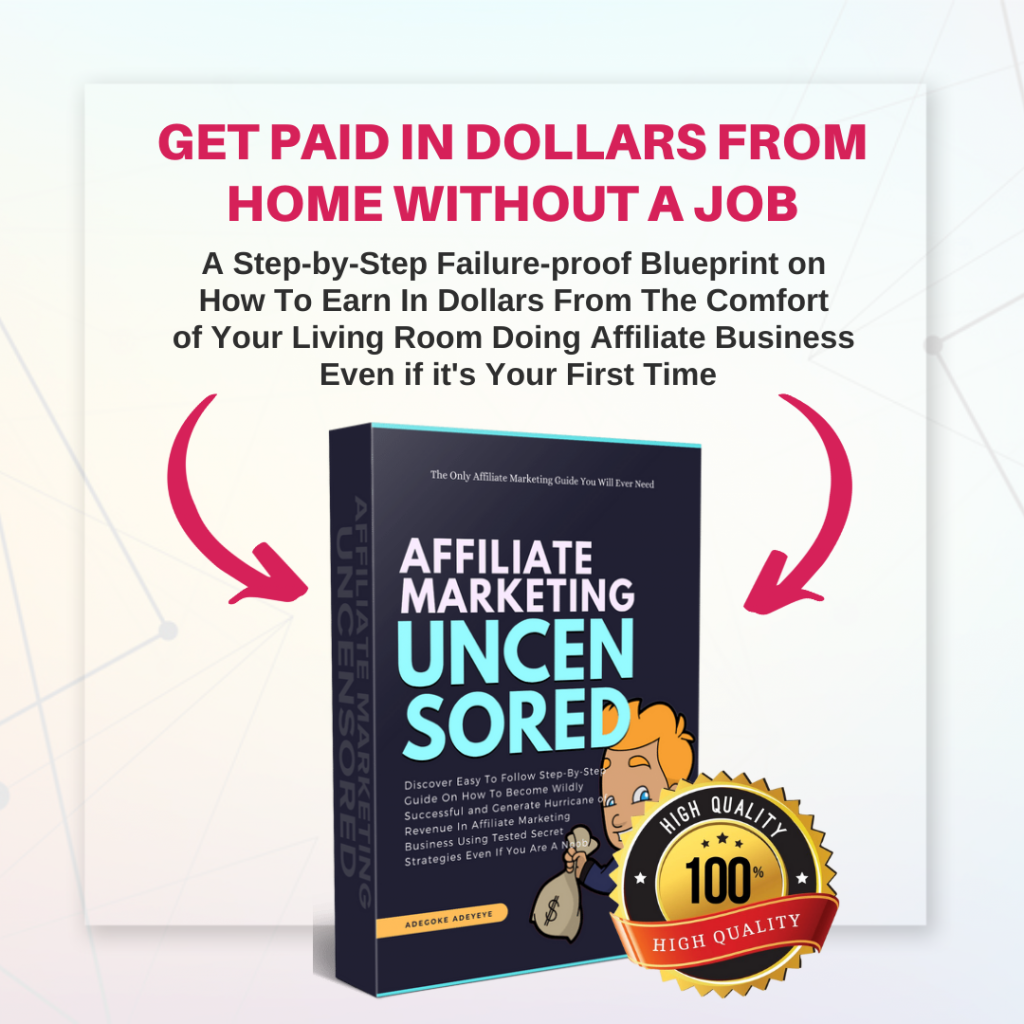 I used to have a paid job, not anymore!

During my early years at the uni, I was privileged to have access to the Internet and its numerous opportunities. I took interest in graphic & web design; even though I had to navigate the hurdles all by myself.

Due to inexperience, peer pressure, and parental influence, I was caught up in the rat race of 9-5 jobs right after graduation… I got a job!

A few years into getting a paid job, it hit me that I can’t actualize my dream life (i.e living life on my own terms) traveling this path.

I struggled to make money and have enough of it. Paying bills & catering for my needs and that of my family was difficult.

I needed a change… FAST!

At that point, I decided to take matters into my own hands

I switched to building my graphic & web design skill as a side hustle. I was committed to it at night and weekends. Money started rolling in BUT… I was still actively involved. I needed something that fills my bank account without active involvement.

During my research, I came across several means of making passive income online but fell in love with Affiliate Marketing.

At first, I had thought you could only make a few hundred dollars per month (I love the earning in dollars part), but when I found out that 4, 5, and 6-figure income is attainable, I was hooked!

The beginning wasn’t easy. I spent months trying to figure things out, and wasted a lot of money & time trying out various strategies that in the end didn’t work.

I failed severally but kept on till I began to make headway. I read several articles, tested out several tactics, and invented new failure-proof strategies that work

I was now getting consistent and fast results

Having a little extra money can go a long way to help solve life’s problems. The truth is, your paid job won’t pay all the bills. You need something extra!

Affiliate Marketing business became an additional income source… a huge one at that. I ditched my 9-5 job and started living life on my own terms.